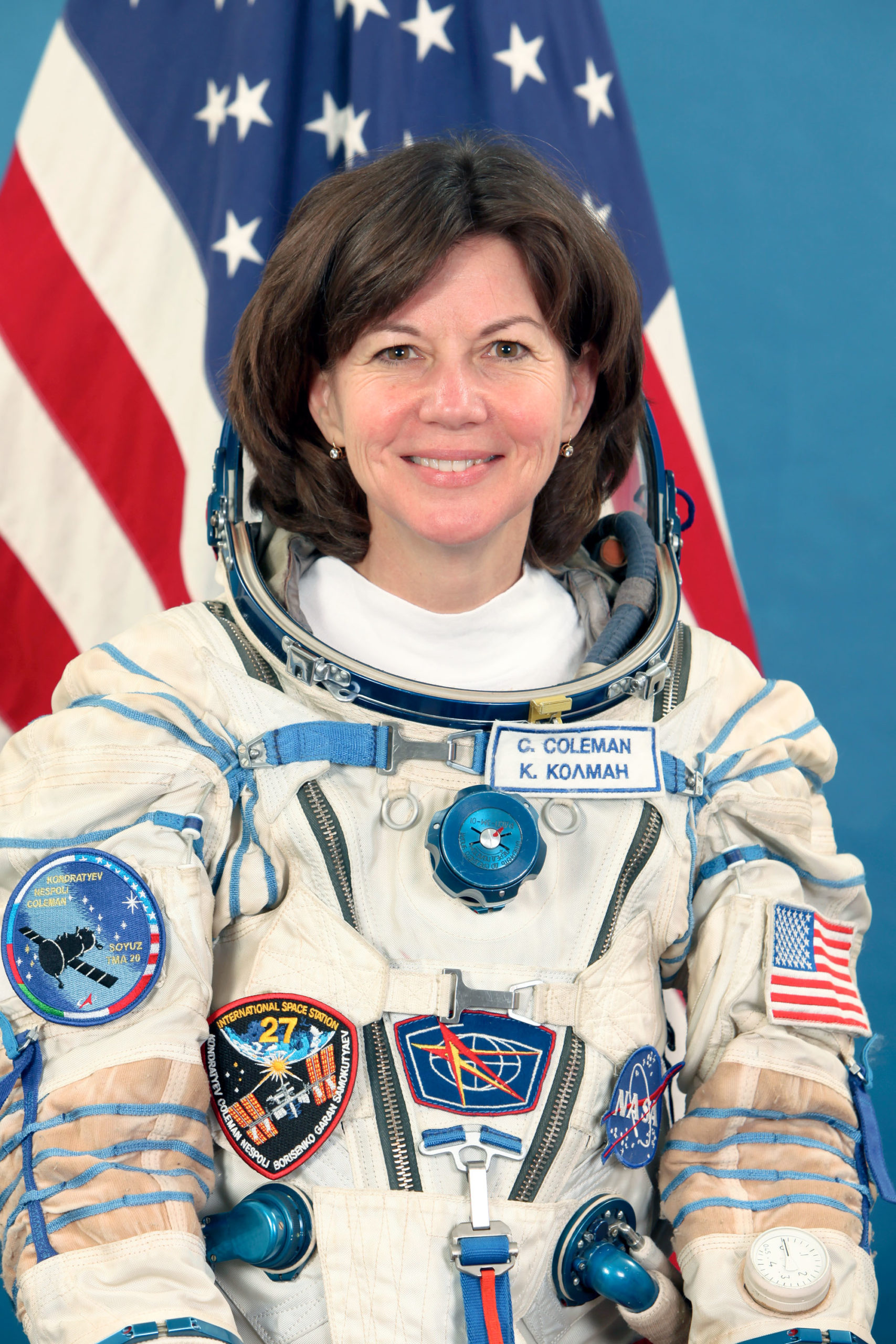 Dr. Cady Coleman is a former NASA Astronaut and Air Force Colonel with more than 180 days in space, accumulated during two space shuttle missions and a six-month expedition to the International Space Station (ISS), where she acted as the Lead Robotics and Lead Science officer.

Cady is a vocal advocate for inclusion in STEM/STEAM fields and a sought after speaker on a wide range of topics. She recently co-anchored ABC News Live’s coverage of the SpaceX launch and the Perseverance Mars Rover landing. Other speaking highlights include the opening speech for TED 2011 from space, extensive NASA commentary for CNN, ABC and Fox and TED Unplugged 2019.

Cady is the Global Explorer in Residence at Arizona State University and co-host of the podcast, Mission: Interplanetary.  She’s also a research affiliate at the MIT Media Lab. Cady consults on space-related work for research and for the media. She serves on several boards, including the Smithsonian National Museum of Natural History, Greenfield Community College and Dent the Future.

Cady lives in Western Massachusetts with her husband Josh Simpson, a glass artist, and their two sons. She is an amateur flute player, known for her “Space Duet” with Ian Anderson of Jethro Tull and her work from space with the acclaimed Irish band, The Chieftains. She coached actress Sandra Bullock from the ISS in preparation for Bullock’s astronaut role in “Gravity.”

"The future is interplanetary - we'll see you there!"

Launched on March 23, 2021, Mission: Interplanetary boldly goes where few space podcasts have gone before as we look at the Big Questions – the challenges, opportunities, and mysteries facing us as we seek to build positive futures on Earth and beyond.

Cady is the co-host, along with physicist and author Andrew Maynard – talking with everyone from science fiction writers and artists to engineers and rocket scientists.

Mission: Interplanetary is a partnership between Slate and Arizona State University’s “Interplanetary Initiative”. It was envisioned and designed by experimental artist and scholar Lance Gharavi.

Check out the podcast on your favorite platform!

LESSONS FROM SPACE
COME STRAIGHT BACK TO EARTH

Visit the ICM partners website to learn more about Cady as a speaker:

Cady speaks with Houston’s KHOU 11 on the future of space exploration.

Cady is represented by ICM Speakers. For inquiries about having Cady speak at your event, please contact Billy Hallock:

MEDIA / ALL OTHER INQUIRIES

For media and all other inquiries, contact Team Cady at: